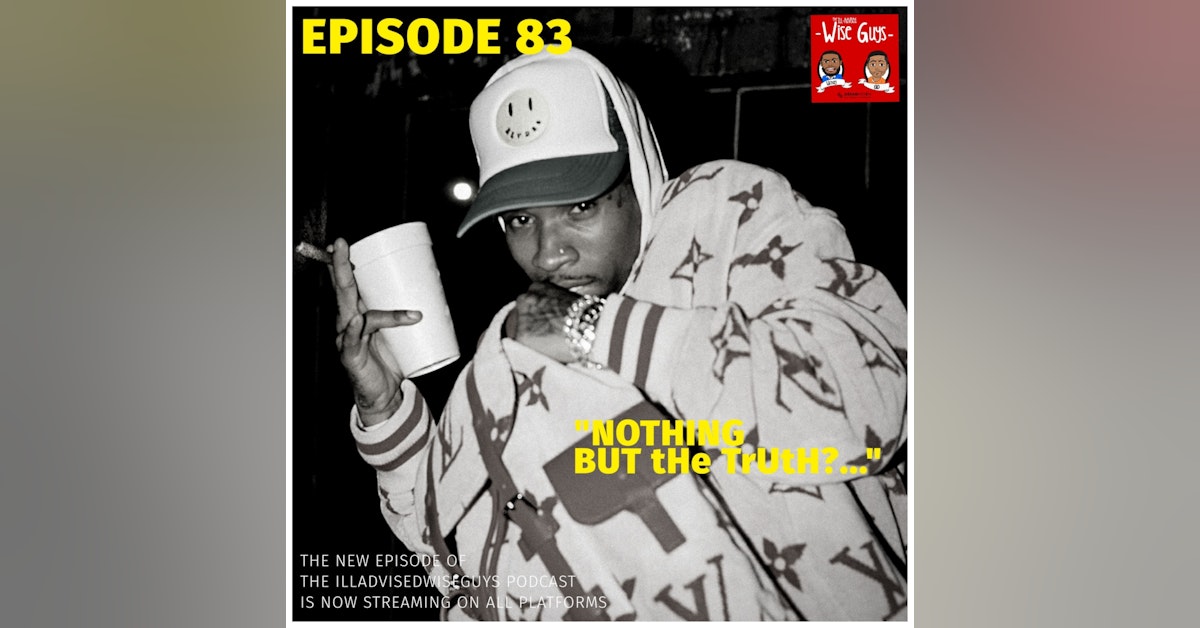 On this episode, the wise guys start the show off with a NBA Finals discussion and whether QD is jumping on the Lakers bandwagon as he does the episode with his Lebron jersey on (2:40). Next, they discuss the backlash that Kyrie Irving received following his recent comments where he appeared to “diss” Lebron (8:29). After that, they recap the Presidential Debate! (21:05). Lasty, Donald Trump and a sleuth of NFL players are diagnosed with the ‘rona, but what will be the impact of the recent uptick in ‘rona numbers?? (30:28).

On the Watch The Throne segment, the guys discuss the musically and real world implications of the extremely controversial album by Tory Lanez album called ‘DAYSTAR’! (42:32). 21 Savage and Metro Boomin drop their long awaited collab project called ‘Savage Mode 2’, but did they deliver like we had hoped they would? (78:29). Bryson Tiller drops his first project in 3 years with the release of ‘A N N I V E R S A R Y’, but is his music being received like it once was? (91:40). YG channels his inner Tupac and mourns the loss of his friend, Nipsey Hussle, on his newest project called ‘My Life 4Hunnid’ (104:41).

On the ill-advised thoughts segment...QD: Jaguar Wright makes some outrageous claims, but do we ever really know what’s true and what’s not? (126:30). Uchay: Both Charlamagne The God and Joe Budden launch their respective podcast networks and throw shade at each other in the process! (138:50). #musicreview #WiseGang #illadvisedwiseguys

Watch the visuals for this episode: http://youtu.be/jRk5FctWqvg