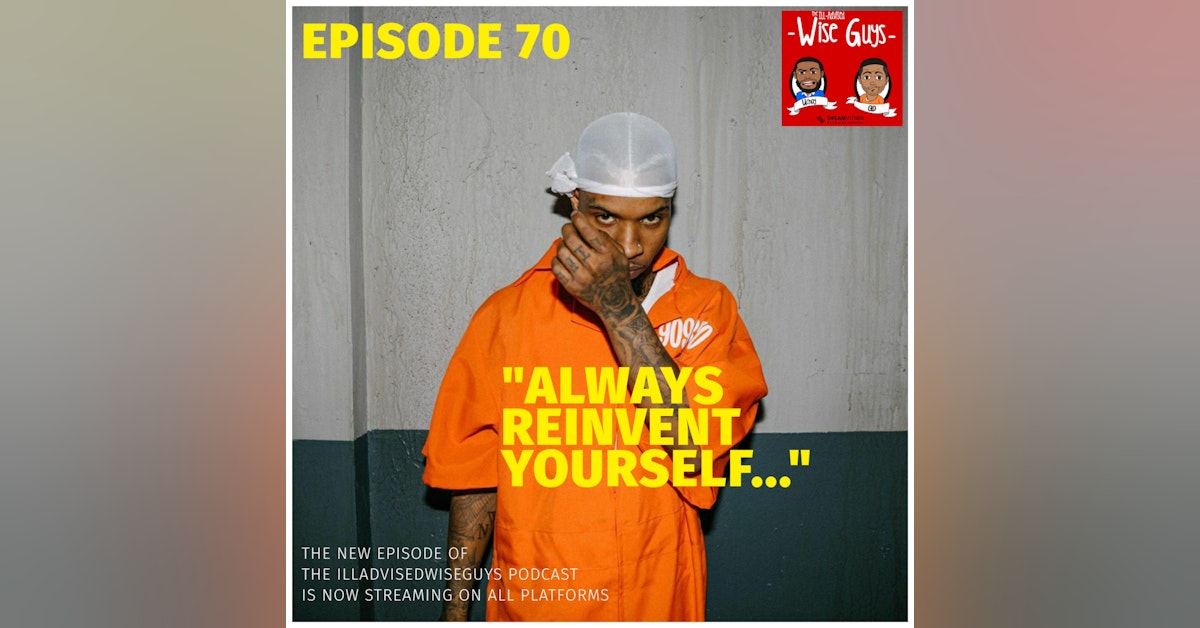 On this episode, the wiseguys start the show off with their obligatory shenanigans, discuss their latest endeavours since the last episode and explain how the ‘rona pandemic has continued to impact their daily lives.

The host of “The Quarantine Radio” on IG lol, Tory Lanez, delivers his newest body of work - ‘The New Toronto 3’ (23:20). Also, does Tory do a good job at tastefully drawing inspiration from his contemporaries? Was Rod Wave able to win the people over with his debut ‘Pray 4 Love’ project or does he just sound like every other new artist that releases new music? (50:51). After many months of hype, Joyner Lucas FINALLY drops his debut album, ‘ADHD’, but did the album’s hype match the quality of the music on it? (62:41). PARTYNEXTDOOR drops ‘PARTYMOBILE, but we just weren’t that excited! (88:42). Jessie Reyez impresses us with her new album entitled - ‘BEFORE LOVE CAME TO KILL US’ (103:09).

On the ILL and the NOT so advised segment (118:33), the guys discuss a few new hot and struggle singles from: dvsn, Da Baby, Future, Marshmello/Southside/Giggs/SAINt JHN, Usher, Murda Beatz/YNW Melly/Lil Durk, Drake and Nav

On the #WhoGotNext? segment (178:00), the guys review new music from a few indie artists:

The ill-advised thoughts segment...QD: A bubbling artist by the name of Chyna Rogers suffers a drug overdose, but have we learned any new lessons? (191:10), Uchay: Now that Tekashi 6ix9ine has been released from prison, how will the hip hop culture react to him being a snitch...sry, a confidential informant? :) (198:43) #musicreview #illadvisedwiseguys #DreamVizionNetwork